It is believed that the origins of the WCS are in Lindy Hop. In a 1947 book, Arthur Murray recognized that, "There are hundreds of regional dances of the Jitterbugtype. Each section of the country seems to have a variation of its own."

Dean Collins, who arrived in the Los Angeles area around 1937 after learning to dance at the Savoy Ballroom in Harlem, was influential in developing the style of swing danced on the West Coast of the United States, as both a performer and teacher. When his wife, Mary Collins, was asked if Dean was responsible for the emergence of the dance, however, she said that Dean insisted there were "only two kinds of swing dance - good and bad".

Western swing, country boogie, and, with a smaller audience, jump blues were popular on the West Coast throughout the 1940s and into the 1950s when they were renamed and marketed as rock 'n' roll in 1954. Dancers danced "a 'swingier' - more smooth and subdued" form of Jitterbug to Western Swing music.

West Coast Swing (still known as Western Swing at that time) is the basis for the dancing in the rehearsal scene in “Hot Rod Gang” (1958). Music is supplied by rockabilly musician Gene Vincent’s “Dance to the Bop”. The song alternates between very slow sections and those with the rapid pace and high energy of rockabilly. Choreographer Dick DiAugustine includes recognizable patterns such as the chicken walk, swing out from closed position, etc., along with the classic woman’s walk walk triple step triple step at the end of the slot. On the final step of the second triple the women are weighted left with the right heel on the floor and the toes pointed up. Dancers also do classic Lindy flips at the end of the slot, as well as non partner, non West Coast Swing movements.

Murray's taught Western Swing beginning from a closed position and the possibility of dancing single, double, or triple rhythm. After a "Throwout" patterns began with the woman "walking in" and the man doing a "rock step", or step together for counts one and two. Although the dance remained basically the same, the Golden State Dance Teachers Association (GSTDA) began teaching from the walk steps, counts 1 and 2. It replaced Lauré Haile's Coaster Step with an "Anchor Step" around 1961.

The name "West Coast Swing" was used in a little known hand book for Arthur Murray dance studio teachers in the 1950s, but the Murray studios used the term "Western Swing" on charts. "West Coast swing" as a synomym for "Western swing" appears in a 1961 dance book, and was used in an advertisement by Skippy Blair in 1962. in 1962, but wasn't incorporated into mainstream swing circles until the late 1960s.

Blair credits Jim Bannister, editor of the Herald American newspaper in Downey, for suggesting the name West Coast Swing. The name change came about because she had found that "nothing Western was really welcome in the city of Downey in 1958". Beginning with the 1967 opening of the Golden West Ballroom in Norwalk, CA, and through 1980, West Coast Swing was on the marquee as the dance taught every Wednesday and Friday night.

Western Swing was documented in the 1971 edition of the "Encyclopedia of Social Dance", listing the "Coaster Step" (with a forward step as the last step of the 2nd triple) rather than the Anchor Step. The one song that was listed for this dance was "Comin' On" by Bill Black's Combo (1964 Hi #2072). As late as 1978, the term "Western Swing" was common usage among Chain and Independent Studios to describe "slotted swing".

In 1988, West Coast Swing was pronounced the Official State Dance of California.

The origins of the dance that became known as West Coast Swing can be traced to the swing era. During this period many jazz, blues, and western musicians incorporated, or emphasized, the “swing” in their music. Writing in the "Arthur Murray Silver Dance Notebook", Lauré Haile, who first described "Western Swing", listed the following songs/records as "Good Swing or Fox Trot Records":

Big Bands continued to flourish in the 1950s, touring, selling records, and appearing on radio and the new medium of television. As the decade wore on, however, many mostly younger listeners preferred to hear the simpler and (some say) noisier music given the name Rock 'n' Roll, and this music became known as the most popular music for dancing.

West Coast Swing like moves can be seen in rock 'n' roll films made in that era. The film "Hot Rod Gang" shows West Coast Swing being done to the song "Dance to the Bop" by rockabilly musician Gene Vincent.

While teenagers preferred to freestyle dance through a constantly changing succession of discothèque social dance fads during the Sixties, adults kept Swing alive.

Western Swing was documented in the 1971 edition of the "Encyclopedia of Social Dance", listing the "Coaster Step" (with a forward step as the last step of the 2nd triple) rather than the Anchor Step. The one song was listed for this dance was "Comin' On" by Bill Black's Combo (1964[18] Hi #2072).

West Coast Swing can be danced to almost any music written in 4/4 time at speeds ranging from very slow to very fast; 15 to 45 Measures per Minute, ideally at 32 Measures per Minute (15x4=60 bpm, 32x4 = 128 bpm, 45x4=180 bpm).The character of the dance changes over that range. At the slowest speeds the dance tends to exhibit a highly elastic connection with the possibility of very sexy, "slinky" walks for the lady, and a slight backward leaning poise at the full extent of the connection. At faster speeds the partners become more upright and the connection shortens with more of a "push and pull" feel and look

In writing about West Coast Swing, Skippy Blair advises that, "The only problem that exists in SWING is when someone decides there is only ONE WAY to dance it. There is never only ONE WAY to do anything ..." "'Try on' different styles that you admire in other people...until you find the comfortable one that FITS YOU."

Dancing to different types of music gives a different feel and look.

A 1998 summary of "trends" in West Coast Swing listed the following:Traditional/Classic with very little extension of the uncoupled arm, the man moving off and on the center of the track for most moves, and a heavy "couple weight"; Modern with more free arm extensions, and emphasis on how many spins, etc., the man can lead. Fast Music The man's "couple hand" is fixed in space on beat 3 in a pass or push.

In 1994 Blair noted that the posture for men was more upright than in previous years.

Although there are many exceptions and variations, West Coast Swing Basics are as follows:

(Note that the woman's step is different than the man's; partners do not mirror each other.)

A few basic moves that any WCS dancer should know are listed below. They are performed with the same "step step tri-ple-step tri-ple-step" pattern equalling eight steps in six beats of music. The term "count" is used as a synonym for a "beat", usually a quarter note, of music. 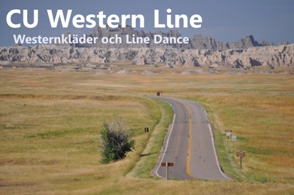